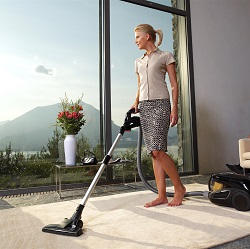 As any parent will know, the addition of children to any household is a sure-fire way to dramatically increase the amount of cleaning which you will need to do. For those who take their domestic cleaning seriously, then, a children’s party and the addition of an untold number of children could well be the nightmare scenario. However, that doesn’t mean that it is an irrecoverable position. If you are thinking about the best way in which to deal with the aftermath of a party for your toddlers, tweens or teenagers, then there are a few broad tips which can cover many of the aspects which you will need to address. The first thing to think about is the possibility of stains. As is the case with overexcited children running around the home, the potential for spills and similar is incredibly high, especially if you have provided any sort of drink, sauce or dripping food stuff. With this in mind, the potential for such things to drop on and mark carpets and furniture is incredibly high and as such, upholstery cleaning and carpet cleaning become almost essential. While it is usually best to act as quickly as possible to the potential stains, this might not be possible in the situation and you might need to provide a bit of extra care and attention while cleaning up to remove these problems in as quick a manner as possible. In a similar manner, if younger people are running in and around the house, then it is incredibly likely that they will be leaving at least some sort of footprint and mark in the areas in which they are running. This could be your carpet, a rug, a tiled floor or wooden floor boards. Luckily, compared to the stains and similar, this issue can be easier to deal with. For the hard floor cleaning, there is often a simple mopping solution which can work well. If you are thinking about the best way in which to remove mud and dirt from the carpets, then hiring in the carpet cleaners is often the trickiest and easiest way in which to resolve the issue. Perhaps the most difficult aspect of the entire clean up process is the amount of effort which is required. As children’s parties are unlikely to go on too late into the night, there will likely be a time which you are left alone surrounded by the debris which has been left behind by the party goers. From napkins to paper plates, confetti to cutlery, gathering up everything can often be a case of walking from room to room with a bin bag and getting everything attended to. Though this is a long process, it is still important to check in all of the smaller corners and hidey holes as there is no telling which ones have been used by children in order to store their rubbish. If you are searching for an easier way in which to handle this, then it might well be that you simply need more bodies and will have to recruit people to help you out. When you are worried about the amount of work and the complexity of the work involved in the cleaning process, then it could well be that the option of bringing in cleaning agencies could be the best way in which you can relax while the professionals take care of the difficult work. If you have been corralling and hosting a party all day, then the ability to sit back and let the experts handle the clean up is not to be overlooked.


How Can Finding The Right End Of... 01 May 2014 When it comes to renting out a property, the time between two occupants can...
How To Clean Soft Items In Your Bedroom 22 March 2014 There are probably lots of soft or upholstered items in your bedroom that...